Harnessing the Power of Sligo’s Diaspora 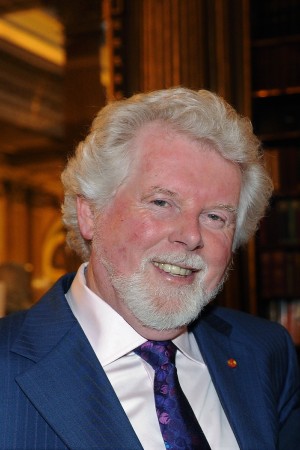 The Sligo. Brand promoting living, investing and visiting Sligo, identifies and values the Sligo Diaspora as having an enormous contribution to make to the social, cultural, and economic development of Sligo county. Sligo County Council has developed a Diaspora strategy which highlights a range of relevant themes from Sport, heritage, and Community to Job creation.  With some 960,000 people worldwide claiming ties to Sligo, the county’s diaspora is a massive resource when it comes to strengthening the county’s economic and social fortunes.  We aim in this article to take a look at examples of the Sligo Diaspora who have made remarkable contributions to promoting the Sligo message at home and away.

While he may have left his home in the townland of Dromore on the Easkey River 40 years ago, Andy Rodgers never lost touch with his native Sligo. Over the past decade he’s been connecting Sligonians in London and keeping them abreast of developments at home.  When he retired as a Senior Executive with Bank of Ireland based in the English capital, Andy – who lives near Watford with his wife Brigid – set up the Sligo in London Business Network.  Over the years he’d seen how other Irish counties plugged into their diaspora in London and felt that, while Sligo people were very modest about their achievements, there was a need to bring them together to tell their stories and to hear about developments back home.

Andy saw that there was a massive untapped potential in bringing Sligo people together informally for networking sessions. Since its inception in the early noughties firm friendships have formed within the network and members have learned about the businesses fellow Sligo people are running in London.  Andy says it was important to formally set up a network given the sheer size of London because you just don’t meet people unless you actually plan it.  Some 500 people are on the contact list for the network now, a list that Andy describes as a really interesting mix of people. Meeting typically twice a year the format is simple: people get together at a central location to chat and hear someone from IT Sligo, (now the ATU) or the local Chamber of Commerce update them on developments at home.  Andy says keeping people abreast of changes at home is really important because in their working lives people are so busy, that they may not know of just how much is going on in Sligo and what changes are taking place.

Being a regular visitor back home, Andy has first-hand testimony of how much has changed in Sligo to deliver to the Sligonians abroad. He believes that communicating the developments to the diaspora is more important now than ever as the culture of remote working explodes and more opportunities open up for emigrants to return home to work and raise their families.  From his standpoint of looking in from outside he believes that the biggest driver of change is the designation of IT Sligo as part of the country’s newest university, The Atlantic Technological University (ATU).

“Covid-19 has made a lot of people think about the lives they’re leading. A lot of people are working from home very successfully,”

says Andy, pointing out that the challenge of encouraging them to come home may not be difficult in the current environment”.   As part of its county-wide diaspora strategy, Sligo County Council wants to tap into those people who identify as Sligonians abroad with the aim of strengthening Sligo’s family social and economically.  The strategy also tells the story of what Sligo has to offer as a place to work, visit and return home to from recreational activities to good schools and accessibility.  According to Andy, now is the time to reach out even further to the Sligo diaspora, many of whom spread their wings after gaining a top class education in Sligo.