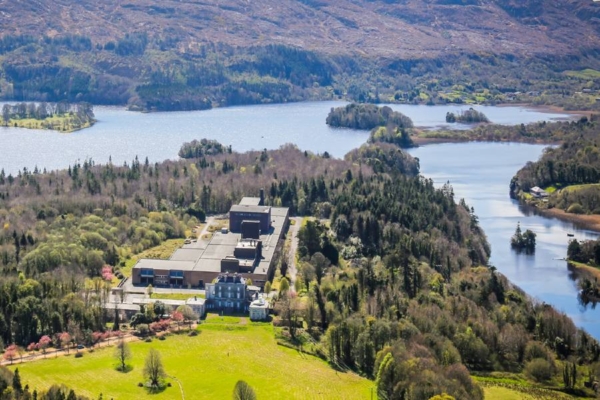 The Sazerac Company, known for taking historic sites such as its Buffalo Trace Distillery in Kentucky and its Sazerac House in New Orleans and restoring them to become world class operations, will fully develop the 100+ acre site, the original demesne of Hazelwood House, to create a world-class whiskey facility and visitor attraction, making it one of the most important tourism centres in the West of Ireland. Once complete, Lough Gill Distillery hopes to welcome up to 150,000 visitors annually and will create a homeplace for Sazerac’s Irish Whiskeys, Paddy and Michael Collins.

Additionally, Sazerac will significantly grow the footprint of Lough Gill Distillery through increasing the distillery’s capacity, adding warehousing capacity and expanding production and bottling lines. All current Lough Gill Distillery team members will remain with the business, and it is expected that Sazerac will increase employment after the expansion. As part of the acquisition, Sazerac will continue the development of the Athrú brand, including global distribution.  Commenting on the announcement, Mark Brown, president and chief executive officer of Sazerac said,

“With its rich history of distilling and storytelling, Ireland is an ideal homeplace for our whiskey business to flourish. In particular, the history of the Lough Gill Distillery, dating back to the 18th century, will be an integral keystone in the restoration and storytelling of this site. We look forward to preserving the history, delighting our future visitors by the stories we share, and further expanding the growth opportunities for Paddy, Michael Collins and Athrú Whiskeys.”

Commenting on the announcement, David Raethorne, founder of the Lough Gill Distillery said,

“This is a major announcement for Sligo and a vote of confidence in the potential for Sligo to become a major player in the booming global Irish whiskey market. The acquisition will enable Lough Gill Distillery to fully develop as a world-class visitor destination and will have significant long term economic and tourism benefits for Sligo, which, for me, was always a personal goal. In addition, the maintenance and preservation works undertaken to date on Hazelwood House (a house of national importance) have played an essential part in saving it from dereliction. This acquisition will ensure that Hazelwood House will be enjoyed and appreciated by generations to come, another key objective of the project. The Sazerac Company announcement is a culmination of seven years of hard work and determination by the Board of Lough Gill Distillery and the wider team, delivering on our original 2015 vision, when we acquired the site. I would like to formally acknowledge the support of Sligo County Council and its CEO Martin Lydon, which was a key driver in the decision for Sazerac to invest in Sligo.”

“This is one of the most significant Sligo investments in recent times. Becoming home to not one, but three, of Ireland’s whiskey brands (Paddy, Michael Collins & Athrú) will have a significant impact on our local economy, both from an employment and tourism perspective.”

“It’s heartening to see the Sazerac Company, one of the world’s premiere distilling and aging spirits companies with a commitment to restoring historical sites, pledge to invest, expand, and restore Lough Gill Distillery. Today’s announcement is proof of the positive and sustaining eco-system for companies to invest in Sligo, supported by Sligo County Council.”

In tandem with the acquisition, Lough Gill Distillery has also announced that former Bushmills Master Blender, Helen Mulholland, is joining the team.  In 2018, Helen became the first woman to be inducted into the International Whisky Magazine Hall of Fame and has recently become the first woman to receive a Chairman’s Award for her outstanding contribution to the development of the Irish whiskey industry.  Helen will lead Lough Gill Distillery’s team in the pursuit of crafting and blending what will become Ireland’s luxury single malt whiskey. Helen will take responsibility for selection and management of the casks for Athrú single malt whiskey, nurturing the Athrú portfolio of premium aged single malts, as well as new product development.

“We are delighted to announce the appointment of Helen Mulholland as Master Blender at Lough Gill Distillery. In her stellar career as a master blender Helen has become one of the heroes of Irish whiskey, and we are confident of even better things to come” 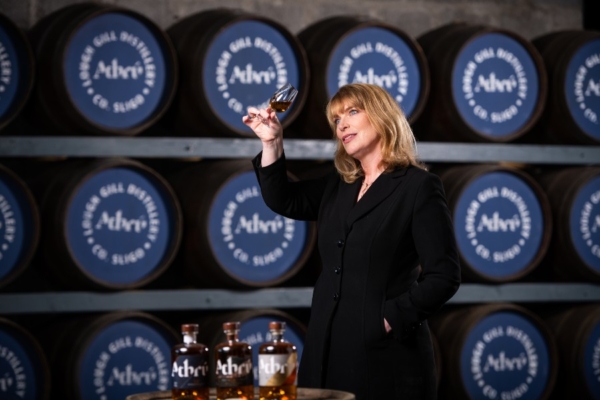 “It’s a really exciting time for Lough Gill Distillery. I am very honoured to be joining the team as it becomes the home of Paddy, Michael Collins and Athrú whiskies. The distillery, its location and the incredible team already in place made this a very easy decision. I look forward to bringing my knowledge as a Master Blender to the table to enable us to make some really world-class Irish whiskeys.”