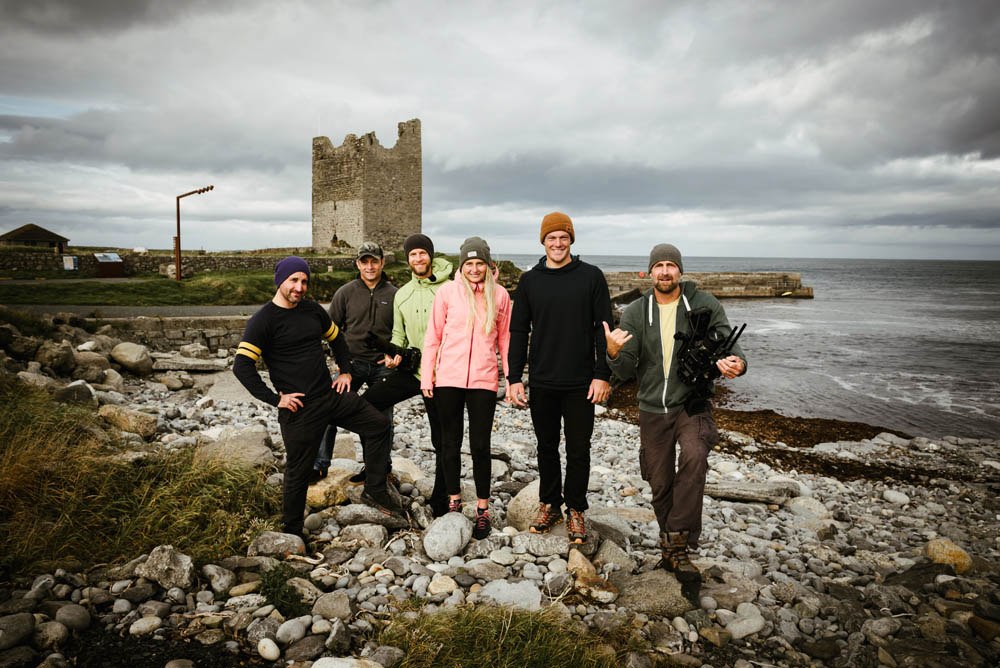 A German film crew spent last week in Ireland on a photo and film shoot with Felix Wiemers, one of Germany’s extreme sports personalities and influencers. Felix will showcase the Wild Atlantic Way on his social media channels to sports enthusiasts in Germany and for BMW Mountain, a leading German mountain sports and bike company. The footage will be part of their 2019 social and online media campaign and it is hoped that it will encourage outdoor enthusiasts in Germany to consider the Wild Atlantic Way as a place to visit.

Fáilte Ireland, in conjunction with Tourism Ireland provided the film crew with an itinerary of the best spots to film off the beaten track as well as some of the more well-known spots around Sligo and Mayo to surf and mountain bike. 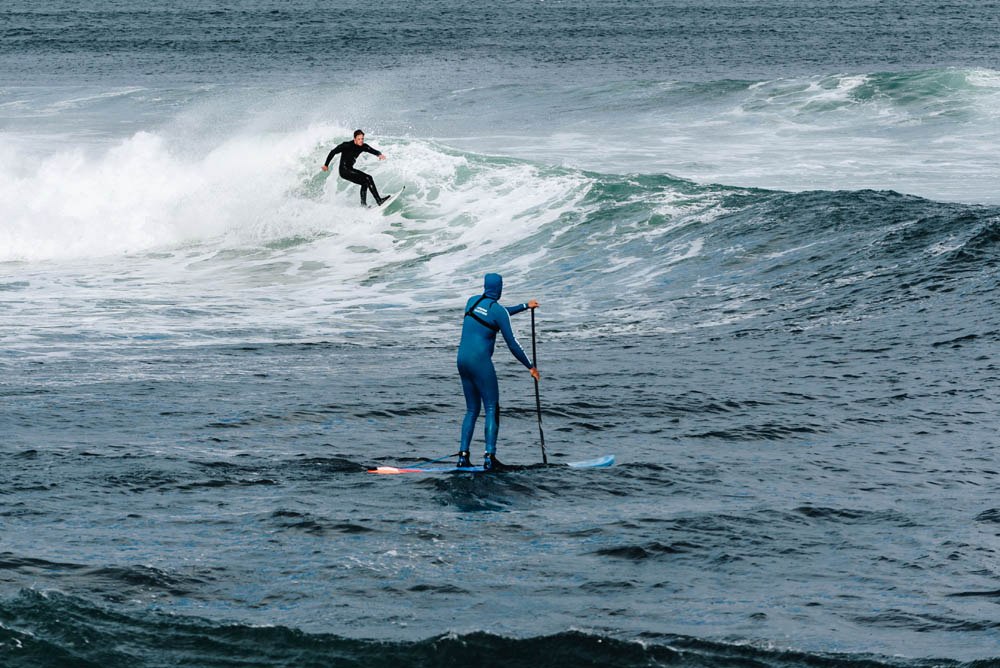 Speaking today Daragh Anglim, Head of Marketing and Digital with Fáilte Ireland stressed the benefits of supporting the film crew –

“It is extremely important for companies such as BMW Mountain to come and experience first-hand what the Wild Atlantic Way has to offer the adventure traveller. Although the region around Sligo and Mayo provides extraordinary and breath-taking possibilities for mountain bikers and surfers, the people in the rest of Europe do not have this on their agenda so far. By providing them with a positive experience during their visit, it is our hope that the coverage created will be a lasting legacy and encourage more visitors to consider Ireland in the future.

“Visitor numbers from Germany are particularly buoyant this year, with latest CSO data showing 21% growth in the first eight months of 2018, compared with the same period last year. This demonstrates what an important market Germany is for Ireland and we will continue to be on the front foot in attracting visitors from Germany.”

Speaking about his time in Ireland, Felix Wiermers commented:

“We enjoyed our visit to Ireland very much. The weather was typical Irish, the surf was amazing and we had the chance to try out kitesurfing for the first time and experienced incredible trails in mountain biking. Adding to this, the food in the local pubs and the taste of Irish whiskey were treats in the evenings. We felt extremely welcome and love the Irish mentality, or craic, everywhere we went.”

Last year was a bumper year for international media coming to Ireland from 20 overseas markets. Over 1,400 representatives from print, broadcast and online channels across the world descended on our shores during the year providing Irish tourism with an overall reach to over 9.2 billion worldwide. The equivalent advertising value of this reach is estimated at over €104 million. Fáilte Ireland, together with Tourism Ireland, co-ordinated over 400 different itineraries resulting in the media representatives meeting with over 4,000 Irish businesses across the country.

Because these cookies are strictly necessary to deliver the website, refuseing them will have impact how our site functions. You always can block or delete cookies by changing your browser settings and force blocking all cookies on this website. But this will always prompt you to accept/refuse cookies when revisiting our site.

We fully respect if you want to refuse cookies but to avoid asking you again and again kindly allow us to store a cookie for that. You are free to opt out any time or opt in for other cookies to get a better experience. If you refuse cookies we will remove all set cookies in our domain.

We provide you with a list of stored cookies on your computer in our domain so you can check what we stored. Due to security reasons we are not able to show or modify cookies from other domains. You can check these in your browser security settings.

If you do not want that we track your visit to our site you can disable tracking in your browser here:

We also use different external services like Google Webfonts, Google Maps, and external Video providers. Since these providers may collect personal data like your IP address we allow you to block them here. Please be aware that this might heavily reduce the functionality and appearance of our site. Changes will take effect once you reload the page.

The following cookies are also needed - You can choose if you want to allow them: