The “Europe In My Region” initiative is a collaboration between the European Union and the North West Region of Ireland, which highlights unique places and initiatives that are the pride of the region and its inhabitants. Conceived as an ode to the region, the activity shows the European dimension of “close to home” realities here in the northwest of Ireland. The campaign will take place for a month and covers the entire regional territory.

The focus of the campaign is O’Connell Street’s new pedestrian priority zone at the heart of Sligo town. Thanks to the EU, the historic street has more space than ever, creating a more accessible and attractive town centre for pedestrians and local businesses alike. The enhancements have transformed the street with newly widened pavements, landscaping and street furniture – the result is a beautiful town thoroughfare that retains all of its original charm.

The “Europe in my region” campaign is promoted in the North West Region of Ireland, both physically and digitally, via outdoor displays in the area, as well as on digital channels and social media.

Initial estimated costs for the project: €2.5m, of which the EU financed €1.25m through the European Regional Development Fund. The revised estimated cost for the Project (Phase 01 and Phase 02 combined) is €4.504m.

About the European Regional Development Fund:

The European Regional Development Fund (ERDF) is the pillar of the cohesion policy of the European Union’s territories. More than €350 billion has been invested for the period of 2014- 2020, allowing the materialization of regional projects that have a direct impact on the lives of millions of Europeans. 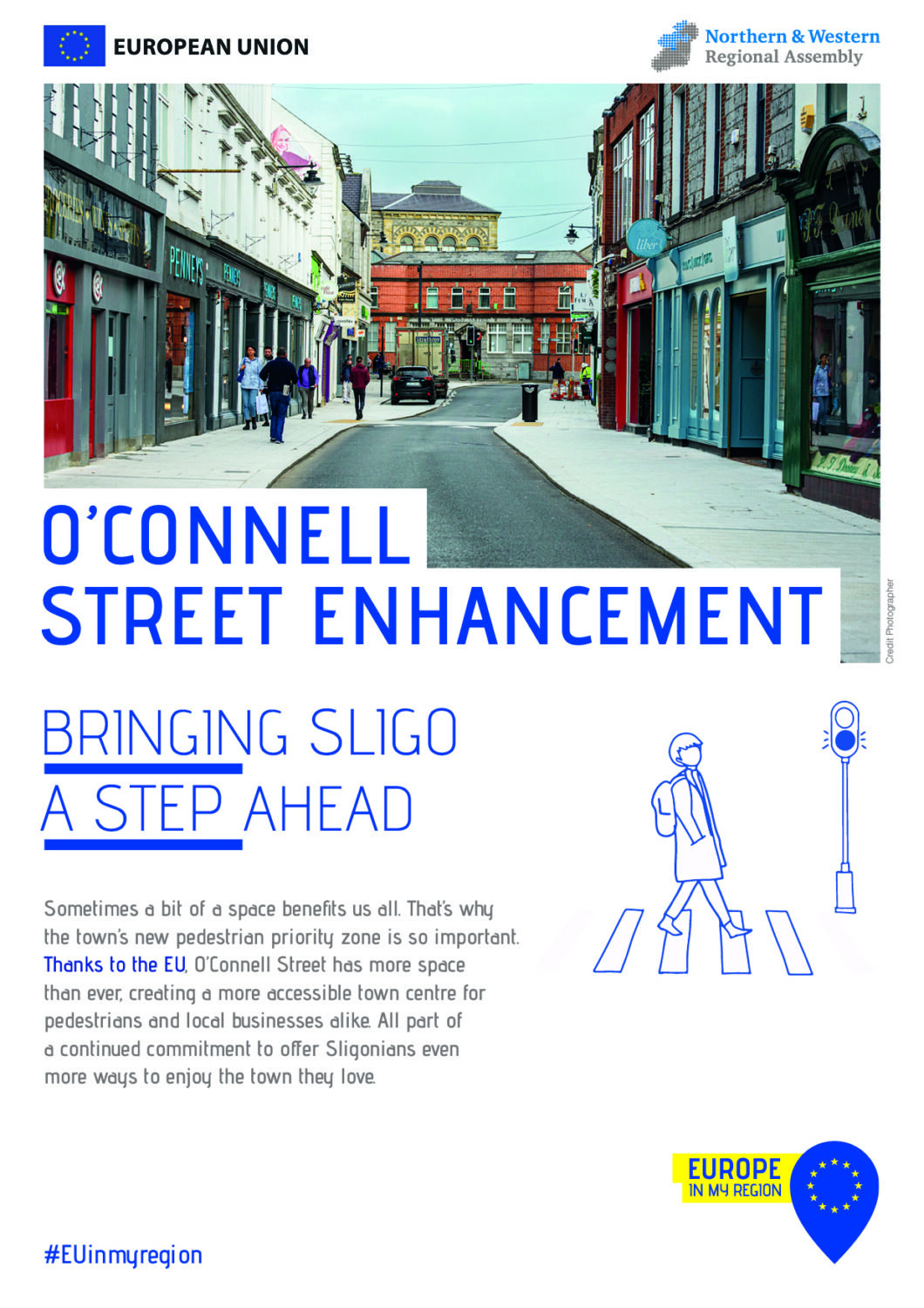